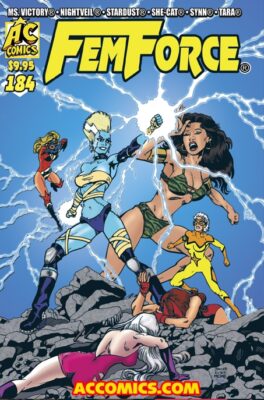 BELOW ARE THE SPECIFICATIONS FOR THE INCENTIVE PROMOTION SUPERBABES COMICS #0, IF NEEDED

Special Notes: This book- the #0 issue of a new, COLOR ongoing series that will debut in 2019- is FREE with every THREE copies of FEMFORCE #184 ordered.