In 1985, gasoline in the US averaged $1.09 per gallon, Mikail Gorbachev became premier of what was then still The Soviet Union; New Coke was introduced, the first Live Aid concert was held, the Nintendo gaming system was released, and Michael Jordan was named the NBA’s Rookie Of The Year. Thirty-eight years ago. In what was then still the fledgling comic book Direct Sales market, the first issue of AC Comic’s FEMFORCE title was published that year as well. A lot- a LOT of things in the world have changed since 1985, but as we head into 2023, FEMFORCE is still being published on a regular basis, STILL helmed by the original team of creator BILL BLACK ( now writer/inker/colorist on the book) and original artist (now editor in cheif at AC) MARK HEIKE. FEMFORCE is (chronologically speaking ) THE longest-running ongoing indy comic book series currently in production in the United States. Not bad for a group of superheroines in skimpy costumes. March of 2023 will herald the historic 200th issue of what was once an edgy (“an ALL FEMALE team? It’ll never work in”) concept that- over time, has grown into one of the bedrock super-teams in all of comicdom, translated into six different laguages for overseas editions, spawning FF-based licensed products like games, cards, models statues, high-end action figures, novels and other memorabilia; even live-action movies ( the latest being 2021’s “The Mummy Creeps” starring the FF’s own SHE-CAT). All inspired by literally HUNDREDS of great stories published not only in the FF’s own ongoing title, but in specials, one-shots, various solo series starring the individual FEMFORCE members and in other AC Comics books- literally thousands of pages of FEMFORCE adventures. Issue #200 will celebrate that legacy with a special book-length adventure (inside an awesome wraparound cover) pitting the team of Ms. VICTORY, NIGHTVEIL, SHE-CAT, SYNN, TARA and STARDUST against an impossible team-up of EVERY FEMFORCE villain (past AND future) in an against-all-odds battle for their very existence. “The Tunnel of 200 Terrors” is written and finished by FF (and in fact AC Comics altogether) creator BILL BLACK, and penciled by star artist ERIC COILE. Don’t miss this unique comic book experience. That’s Femforce #200; 24 pages in full digital color on glossy stock for $5.95, from AC Comics. Order it in January, 2023 with your favorite comics retailer through Diamond Previews as a product scheduled to ship in March, 2023. The ONLY way you can be sure to get a copy of this book is to pre-order it through a comics shop retailer, as AC Comics may NOT be offering many copies for sale from the www.accomics.com official website web store!!! 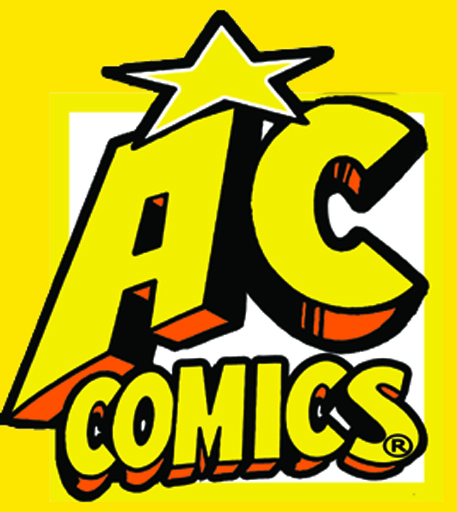 We also finally got in Superbabes #11 and Femforce #197–two of our newest color books! Go look on our main page here on our https://www.accomics.com web site!

10/09/22 Yes, we’re still here! October weather is great in Florida–now that we’re past the hurricane! We also have TWO new comic books on the AC shop!

We’ve got news! What is it?! You don’t know? Maybe if you click on this link! Or maybe this one?!

Superbabes #10 is now available and up on the AC store for purchase. This is the issue that Diamond mistakenly ran the cover for #9 (a second time) with in it’s Previews solicitation. That affected comic shop sales on the issue, so we know there were a lot of regular readers who DIDN’T preorder it through their stores. We have a very limited number of copies, so if you want to get one from us, better act fast! They won’t last long!!

BTW, Femforce # 196 with Tara vs Stella is in comic stores now!

05/06/22 Hi folks! Did some new updates on the AC Comics shop–nothing major but it should run smoother! Previews of new covers are going up as well!

Please go to our Main Page

Shopping cart
There are no products in the cart!
Continue shopping
0